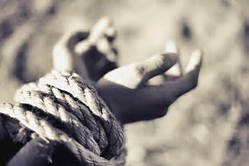 Every culture has a response to the message and lifestyle of the Christian. For the early church this was not friendly. The first followers of Jesus Christ were cast out, hated, beaten, burned, imprisoned, beheaded, and used as entertainment where they were subjected to various perverse punishments and attacked by wild animals. Still there remains the question, “Why?” If the message of the Bible is rooted in love, how can others harbor such hate against it? If the Gospel has the power to change lives, what drives the world to expunge its existence? The answer may be found in three considerations: Christianity exposes the world’s lies, Christians are predestined for persecution, and there is a divine purpose for the downtrodden.

The world in which the church was born was one of diversity. The staunch practices of the Jewish culture had already been forced to adapt to Synagogue worship and was ultimately reduced to devout ritualism. Greek rule and Hellenistic thought insisted on accepting all beliefs but adhering not to one. The growing egos of the emperor demanded self worship and tribute paid from all subjects.[1] Without conducting the impossible task of refuting these individual perspectives, it is plain that the teachings of Christ clearly allow no room for the worship of these “un-gods” or the assumption of earning one’s own ticket to heaven. While the persecution suffered by Christians served as terrible trials, the Christian faith as a whole “turned the world upside down” and became an obstacle for each of these (Acts 17:6).

As we ponder the reason for such drastic contention against the church we must not fail to recognize the promise of Christ. “If the world hates you, remember it hated me first” (John 15:18-25). Even this came from prophecy (Psa. 69:4). The identity of the Church stands inherently in contrast to the world and that alone insights hate for Christians.

Divine Purpose for the Downtrodden

God certainly holds no ill will toward His beloved children. Yet, consistent among early Christians was the belief that “martyrdom was not something one chose, but something for which one was chosen by God.”[2] Through Scripture we see God’s works through trials, they bring glory, and produce virtue (cf. 1 Pet. 1:7; Rom. 5:3; Jam. 1:1-13). So if this be the outcome of early church faithfulness, I have one question. Does the church today remain a faithful stumbling block? Or have we become a paved walkway?

What are You Eating? Four Kinds of Spiritual Food

Why Won't They Listen?